Cutting through western and central Kansas is a region carved out--or in most areas, flattened out--by the Arkansas River. The river has been pretty well tamed by the people who live along it. It doesn't flood much anymore and in some places it is dry most of the year because the water has been used faster than the rains can replace it. Some stretches in western Kansas were completely dry between 1965 and 1985. But in the past, before people settled along the Arkansas, the river frequently flooded and meandered, forming a flat area, called a floodplain, for several miles on either side of the river. 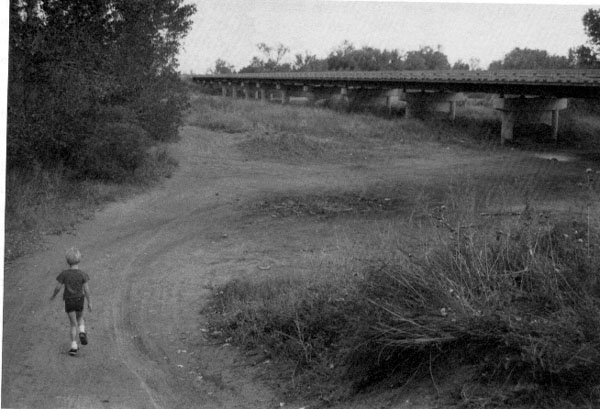 The Arkansas and the Missouri (which forms the northeast border of Kansas) are the only rivers in Kansas that begin in the Rocky Mountains. So while the river has flattened out the land, it also has deposited sand and other sediment carried in from the Rockies and other points along its path. Sand dunes, created by wind and water, can be found in many places along the river.

Most of the sand hills don't change much anymore because they are covered with grass and other vegetation. However, some dunes in southwest Kansas are still active. Active dunes have little grass growing on them so they are always changing. Wind and water create new patterns in the sand and alter the shape of the hills and dunes. Although these changes usually don't happen overnight, the sand hills are more greatly affected by the environment than hills made of solid limestone or sandstone.

Cheyenne Bottoms, in Barton County in central Kansas, is a natural water-filled depression that today serves as an important stop for migrating waterfowl along the central North American flyway.

Kansas Geological Survey
Updated March 14, 1997
Send comments to webadmin@kgs.ku.edu
The URL for this page is http://www.kgs.ku.edu/Physio/arklow.html